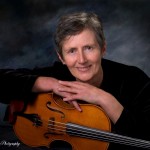 Marion Crombie comes from Oxford, England. She studied viola at the Robert Schumann Konservatorium in Dusseldorf and at the Royal College of Music in London. Since 1993 she has lived in Mendocino where she teaches violin and viola and plays professionally in orchestras and a number of chamber ensembles. She is also a teacher of the Alexander Technique and since 2011 has been dividing her time between Oxford and Mendocino. Visit her website at AnEasierWayToBe.com. 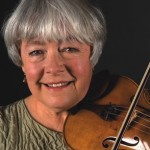 A freelance musician throughout northern California, Marcia Lotter received her undergraduate training from the University of Washington in Seattle and has studied with such noted teachers as Vilem Sokol, Andor Toth, and Leonard Austria. Marcia performs in  chamber groups for concerts and special events and has played in back-up groups for singers such as Smokey Robinson, Judy Collins, and Andrea Marcovicci. She plays regularly in the Santa Rosa Symphony and is a member of the Santa Rosa Symphony String Quintet which presents school assemblies in the Santa Rosa area. Marcia has published an elegant coffee table book of helpful advice for brides getting married on the Mendocino Coast, available at YourMendocinoWedding.com. 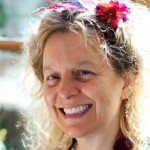 Mindy Rosenfeld (early and modern flutes, fifes, whistles, pipes and harp), is a founding member of the highly respected Baltimore Consort, mainstays of the Dorian early music label, and since 1989, of San Francisco’s Philharmonia Baroque Orchestra (“the nation’s premier early music ensemble”—New York Times). Known to North Coast audiences as Principal Flutist and soloist with both the Symphony of the Redwoods and the Mendocino Music Festival, and as a guest of other nearby orchestras (Ukiah, Santa Rosa), Mindy maintains an active performance schedule both here and abroad, performing with a who’s who of early music ensembles, including, among others, Musica Angelica, Apollo’s Fire, American Bach Soloists, the Catacoustic Consort, and the Trinity Consort. Also the mother of five boys, Mindy’s bicoastal CV includes a BM in Flute Performance from Peabody Conservatory (Baltimore) and an MM in Baroque Flute Performance from San Francisco Conservatory.

Marcia Sloane has enjoyed an active career as a chamber and orchestral player, and as a composer, arranger, and improviser in collaboration with musicians, dancers, poets, visual artists, actors, and storytellers. She was one of the founding members of Symphony of the Redwoods on the Mendocino Coast, and for seventeen years co-directed Navarro River String Camp for adult string players. Marcia has made several CDs of her own work, including the best-seller Cello Drones for Tuning and Improvisation, a CD used by musicians throughout the world (NavarroRiverMusic.com). In addition to playing with Sonatina, Marcia provides officiant/musician services for small weddings and elopements (MendocinoMinister.com).